WARNING: there is no doubt that i will be revising and adding to this a lot. This is today’s version

1) Western Organized Religions present the very definition of religion as a mental exercise of subscribing to a set of beliefs, believing in God, the Bible, Jesus, etc. It’s about accepting someone’s word for it, without any personal experience. I have a whole post on this blog about My Ideas on Christianity and the Bible, so i won’t repeat myself here, but i suggest you take a look at that post, it ties in with this one.

In stark contrast, the Eastern Religions speak of doing practices which hone our spiritual senses so that we may have a direct experience of  true reality. Senses we do not even know we have available, let alone use. Systems such as yoga (the complete yoga system, not just the exercises which are only a small part of classical yoga)  present systematic methods for developing these senses, in the same way that one might sharpen one’s sense of hearing music through ear training. Meditation is the best way i know to do this, the most fundamental  practice of all.

Just to be clear, when i talk of having an experience of Spirit through sharpening the spiritual senses, i’m not speaking of some big dramatic Moses seeing God on the mountain kind of experience, i’m talking about a quiet sense of something more than our little self. Many have experienced and written about feeling/perceiving/having a sense of some higher power, some guidance, some meaning and purpose in the experiences of our lives, some sense of something more than just the material world. They feel it to be true, not just believe with the mind.

The Easterners say that if you don’t have direct experience, your belief is without substance. To Westerners raised on Christianity this sounds really fantastic, but so did cell phones 100 years ago.

Western Organized Religion teaches people are saved or not, good or bad. Easterners teach that we have a dual nature, that we are both a human self and a divine Self, and that our task in life is, through doing practices, to develop our spiritual senses to the point where we realize the Self. Through an ongoing spiritual progression involving reincarnation we learn and grow to that point. No Heaven, No Hell, just cause and effect.

2) A “religious” organization is still basically an organization. Once an organization is formed, too often  the fearful, controlling people take charge, and the organization becomes about money and power. In the West, people who talked about personal experiences of God were often burned at the stake (by Christians) or beheaded (Muslims). If you’re weren’t/aren’t with the official program, you’re a sinner. This makes sense, because independents threaten the power of the organization to control people’s lives.

Western Organized Religions, especially Christianity, have left a very bad taste in people’s mouths, to the point where many people have rejected the whole idea of religion and spirituality because of that, and i think that’s terrible, because opening the spiritual senses and having a direct experience of something greater than ourselves is essential to being healthy and happy.

I refer readers to several books for a start: 1) the Upanishads, 2) the Tao Te Ching 3) The Bhagavad Gita 4) The Dhammapada 5) the poetry of Hafiz

Given all that, if i state some of my own beliefs, which are based in my own experiences, I believe that:

(and don’t accept a single word of this just because i say it, have your own experiences. What difference does it make what i believe.)

* The whole universe is conscious and alive, and that we as human beings are part of this greater pattern,  this Great Spirit, in the same way that every cell in our body is part of us. The scientific evidence can be found in quantum mechanics, specifically what is sometimes called “The Field”. We truly are all one, all connected.

* We are usually not aware of this, especially in our everyday lives, at beta frequencies of brain waves. However, through various practices we can increasingly experience this, in what are called “mystical”experiences.

Christianity teaches original sin, that we are essentially bad and need to be made good. In contrast, Hinduism teaches that we are all God incarnate, and our path is to remember that, while Buddhism teaches a similar idea that at our essence we all are all enlightened, yet have forgotten, in the dust and clouds of craving and aversion which obscure our true nature. Meditation is the key to letting the muddy waters of desires and thoughts settle so that we can perceive our true nature.

* I agree with the Hindu and Buddhist viewpoints and believe that regaining the consciousness of our true identity as a manifestation of the One is one of the main purposes for existence for everyone, along with the purpose of sharing love, which naturally comes about as the experience of connection with everyone and everything gradually occurs as the result of doing practices.

*I think that everyone alive would be best served by making their #1 goal in life to become the best person they can be, in whatever ways are meaningful for them, at whatever level of understanding they have of the concept of bettering themselves, and ultimately that means realizing the Self.

* I believe that learning to live in joy is one of the greatest lessons we are here to learn in life, that and becoming as conscious as we can, somatically, psychologically, psychically, spiritually.

This means that we have to really clean out our internal “garbage” of old wounds, negative programming and beliefs, and begin opening ourselves up to the light, allowing ourselves to receive whatever good the Universe has for us, which may be as simple as learning to just appreciate being alive. The old phrase, “attitude is everything”, has a lot of truth to it. One can make the best of a bad situation or the worst of it, choosing bitterness and negativity, or trying at least not to make things worse by poisoning oneself with negativity of all sorts, maybe even trying to see the lessons the situation is there to teach, implying that everything has a reason

and i realize how much of a struggle many people’s lives are, not trying to deny that.

* I believe that we reincarnate time and again for this purpose, just the way we go to sleep at night and wake up in the morning. We are spiritual beings having material experiences, not the reverse. We have specifically chosen where and when to incarnate, (time, parents, etc.) into the situation which is optimum for us to learn the lessons we came to work on in this life, albeit it sometimes seems like an extremely harsh school when one thinks of all the horrible things people have done to others. I want to make clear that we do NOT have to suffer to learn; i have read that one of the most important markers in a souls’ evolution is when it becomes able to learn through joy, rather than suffering.

* I believe that there is some sort of Great Spirit, and various levels of spiritual beings, that love us and  help us as much as we allow ourselves to receive. Put another way, i believe that God unconditionally loves us, never judges or condemns us, always tries to help us.

* I also believe that from time to time great spirits incarnate on Earth in the form of Jesus, Buddha, and probably others, and that many lesser teachers are always around to help us, sometimes not in obvious ways. The world is a one room schoolhouse which we are all in together for a higher purpose.

* I believe that most of our problems come from cutting ourselves off from the light and unconditional love the Universe has for us, usually because of a) self judgement and guilt, and b) anger at God, for all the suffering in the world, for example for allowing the Holocaust, and of course anger about our own suffering.

* Even so, i believe that, by our very nature as small individuations of the Great Spirit, at bottom people are good, even though it can be pretty hard to tell that at times. 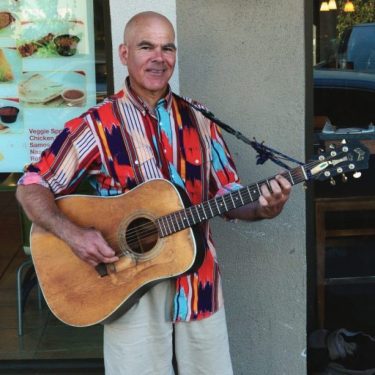